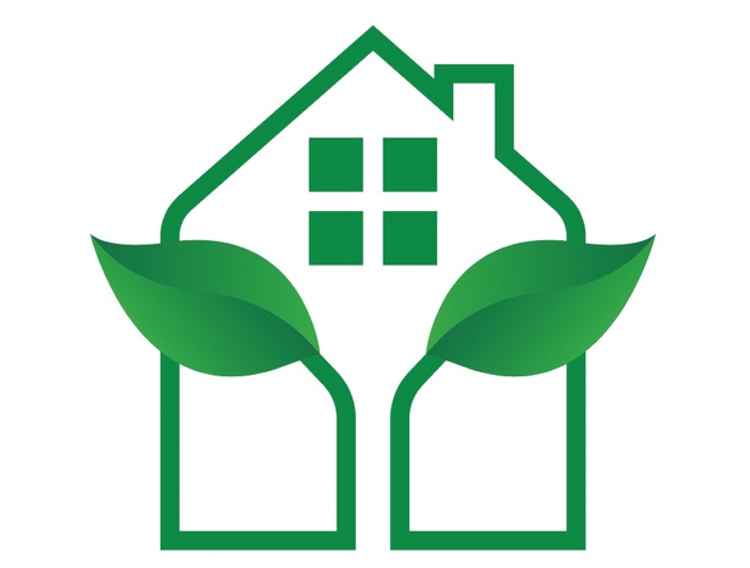 To achieve the required air quality in clean rooms, large air flows are used, often 24/7. In order to reduce the energy consumption (of fans) for ventilation, possibilities should be explored to reduce the rate of air change without compromising air quality. Pundits Paul Molenaar, Marcel Loomans, Paul Joosten and Helianthe Kort have set up a hands-on survey to see this in play

In clean rooms, high ventilation rates are used. This is in accordance with the available guidelines. Normally, the required airflows are applied 24/7 so that the cleanliness of the environment is not compromised. It is therefore an energy intensive activity. As production is of greater economic importance than saving energy, cleanroom operators have put product safety and product performance first, placing a lower priority on energy efficiency.

The study described in this article calls into question the air renewal rates applied and more particularly the need to apply these rates 24/7. These are taken from real examples of pharmaceutical clean rooms.

Occupancy control is considered the most practical and efficient

The need for high air change rates in clean rooms depends in part on the type of use and duration. Thus, at present, a GMP B room consumes up to 25 times more energy than an unclassified room. Is the ventilation rate used representative? Often this is still a question. The actual generation of particles is generally an uncertain parameter during the design process. Therefore, an engineer will establish safety margins with respect to capacity.

The main research question was to what extent reduction in energy consumption is possible by applying suitable air change rates in current and future cleanrooms. In this research, the focus is on pharmaceutical clean rooms. The research is part of the first author’s graduation work at Eindhoven University of Technology.

A full description of the applied method can be found in the article “Improving Ventilation Efficiency in Pharmaceutical Clean Rooms for Reducing Energy Demand”. In addition, a simulation model was developed on the basis of the article “The application of ventilation equations to clean rooms Part 1: The equations”, to study the concentration of particles during the application of different ventilation strategies. air change.

Figure 1 shows a typical result for the particle concentration measured as a function of time. The results of two particle counters (PC1 and PC2) are displayed, as well as the occupation of the clean room as a function of time. The number of people at a given time can be read on the right axis. This clean room has been designed for GMP C. Therefore, the particle concentration during use should not exceed the value of 3.5 x 106 particles / m3 [>0.5 µm].

In Figure 2, the distribution of particle concentration in the cleanroom versus the number of people in the cleanroom was derived from the measurement data for one of the clean rooms. This is shown in a boxplot. Outliers are indicated by “dots”. 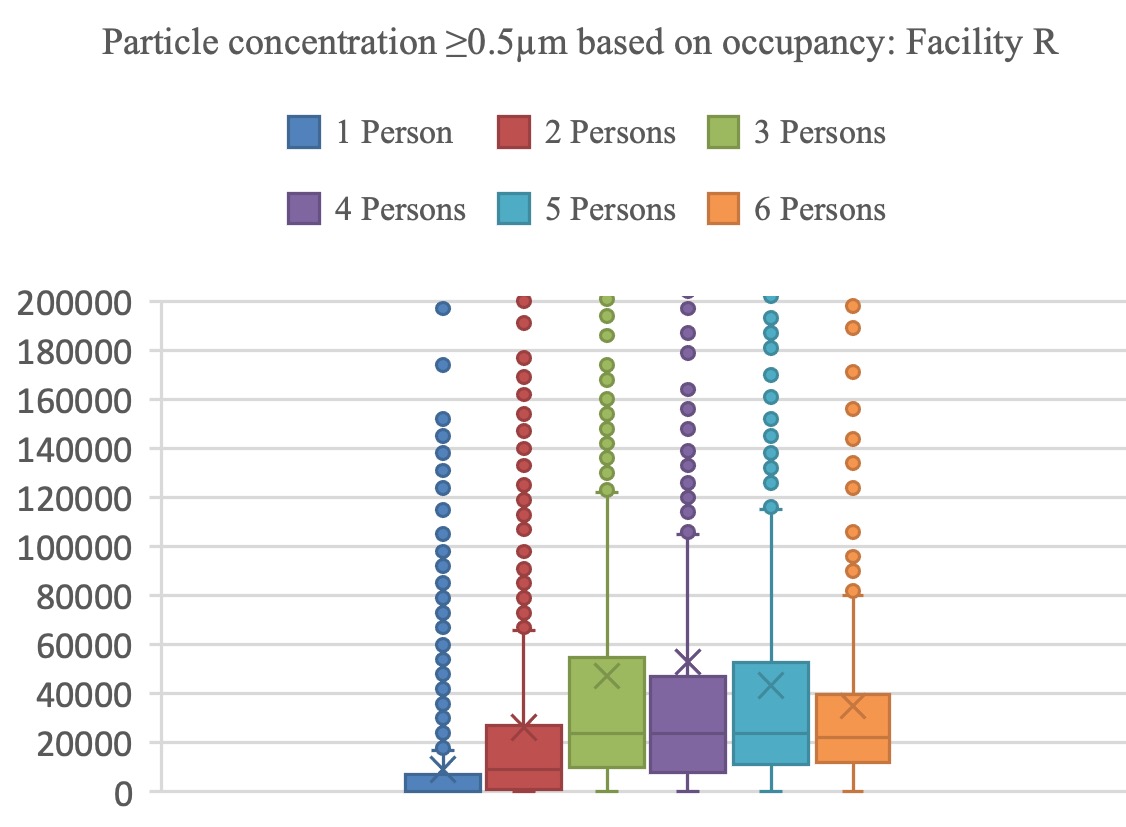 Figure 1 shows that particles are only measured when there is human activity in the studied clean room. In general, the measured concentrations remained an order of magnitude lower than those required under GMP. The peaks indicate that the position of the source and the transient activities can result in an uneven distribution of the contaminants. This is representative of the other clean rooms that were measured as part of this study.

When everyone has left the cleanroom, the particle concentration is reduced to zero in 20 minutes (in theory this depends on the recovery time, based on the rate of air change used). In all the GMP rooms studied, a concentration of particles close to zero (particles> 0.5 µm) is measured when no employee is present in the room. This shows that for the cases investigated, the people present in the clean room, and their activities at that time, are the only sources of contamination.

This, of course, is important to confirm when considering adjusting the ventilation rate.

Figure 2 shows that the particle concentration does not show a linear correlation with the number of people in the room. An increase from 3 to 6 people does not cause significant differences in the concentration of particles. One possible explanation for this result is that at the start and end of a shift, people start up and clean (in this case) production. Because not everyone is starting or stopping at the same time, fewer people may be in the cleanroom when starting or cleaning. During these activities, however, it is likely that more particles will be produced, for example from walking. This can be seen in Figure 1. At the end of the day, when only one cleaner is present, relatively high particle concentrations are measured.

Figure 3 shows an example of a simulation result using demand controlled filtration (DCF) based on the information obtained from the measurements (reference). For the simulation case (DCF), the design value air change rate (20h-1) was applied when the cleanroom was occupied, regardless of the number of people present. When empty, an air change rate of 6 h-1 was applied instead, starting 30 min after the occupancy sensor indicated no people in the room. This ensures that with the given ventilation rate, the particle concentration returns to zero. The important assumption, confirmed by the measurements, is that the people in the room and their activities are the only sources present. In addition, external sources are assumed to be negligible. Table 1 shows the potential energy savings when this strategy is applied to the different clean rooms studied. Energy savings refer only to the energy savings of the fan. The result will also have a positive effect on the energy required for conditioning the supplied air.

Figure 3 shows that demand filtration can keep cleanroom performance at the desired level of cleanliness, similar to full-time ventilation. However, at the start of occupation, a higher concentration is calculated than in a continuous situation. This is the time required to control the system to the desired (designed) level. In the illustrated case, it takes 150 seconds for the system to reach the desired ventilation rate.

Assuming that demand filtration is possible, Table 1 shows that significant energy savings are possible. These savings are of course closely linked to the usage time of the clean room and certainly appear interesting for the pharmaceutical clean rooms studied.

It should be noted that these savings can be achieved while maintaining the performance of the clean room in terms of air quality.

Instead of presence-based control, the air change rate can also be directly based on the concentration of particles in the cleanroom. The measurements indicated that it was not always possible to correlate a significant increase in particle concentration with an increase in the number of people present in the clean room. The particle concentration is usually measured locally using a particle counter with a relatively low flow rate (0.1 cfm). This means that locally higher or lower concentrations can be measured which may not be representative of the part as a whole. This is due, among other things, to the efficiency of the ventilation and the position of the source (s) in the room. In addition, the measured concentration fluctuates regularly due to (transient) activities (see peaks in Figure 1). This can result in unstable or delayed control.

Controlling the ventilation rate based on occupancy therefore seems to be the simplest and most effective at the moment. Implementation is simplified when luminous motion sensors for lighting are already installed. This system can then also be used to achieve the desired ventilation rate. After half an hour, for example, during which no detection of persons has taken place, the ventilation can be reduced to a lower level. In this way, the recovery time (usually

Reducing energy consumption for ventilation (and recirculation; DCF) through occupancy-based control is particularly effective in rooms that are only used for certain production processes and therefore have downtime. regular and slightly longer occupancy.

In this investigation, it appeared that a GMP B room was only used 1.8% of the time during the measurement period. During this time, the room was ventilated continuously at 40 h-1. Saving over 90% on power consumption, in this case, seems simple. In the studied clean room installation, which had a more normal occupancy pattern of 40 hours per week, energy savings of 68% on fan consumption are still possible. Note that these savings are based on monitor data for particle size> 0.5 µm.

electricity production in Georgia down 5.9%